While ominously scheduled for March 15, no such drama (like the assassination of Julius Caesar, the origins of ‘beware the Ides of March’) occurred during the FDA’s Pharmaceutical Science and Clinical Pharmacology Advisory Committee (AdCom) meeting. It was quite productive, acknowledging the tremendous impact of modeling and simulation in drug development and regulatory review moving the technology further into the mainstream.

The use of model-informed drug development (MIDD) for new and generic drugs has significantly increased over the past several years. In the regulatory context, MIDD approaches hold particular promise in key opportunity areas including, but not limited to, physiologically-based pharmacokinetic (PBPK) modeling and simulation and risk prediction/assessment.

A Packed Agenda—Favorable to the Advancement of MIDD

The committee, comprised of regulatory, industry and academic key opinion leaders, began the day discussing strategies, approaches and challenges in MIDD, followed by a focus on two areas. This blog post will discuss the first area.

The FDA has identified MIDD as an important pathway for lowering drug attrition and ameliorating regulatory uncertainty. It drives four of the agency’s eight science priority areas and has been incorporated in both PDUFA and GDUFA. The introduction of both special topics—PBPK and CiPA-were focused on improving predictability around safety-related drug attrition. MIDD challenges addressed during the meeting included modeling best practices; identification and transparent communication of knowledge gaps; data/knowledge warehouses; varying degrees of comfort by end-users; and clarity of regulatory expectations.

As computer technology and our understanding of human biology advances, so has using in silico modeling in drug development. While technologies such as PK/PD and population PK modeling are highly leveraged across the drug development cycle, PBPK is now hitting its stride.

Regarding PBPK, the AdCom meeting posed two questions for discussion. The Q and A follows:

Q1. What information should be included in a PBPK submissions for the FDA to ensure adequacy of an analysis for its intended purpose? Should these recommendations be universal or depend on the purpose for which the PBPK submissions will be used? What principles or criteria should be considered?

A1. The panel acknowledged the tremendous importance of MIDD and specifically PBPK in both regulatory science and labeling. The benefits of PBPK for facilitating translational science, and ‘filling in the gaps’ for a range of special populations, including pediatric, geriatric, renal and hepatic impaired, pregnancy, etc. were discussed. As PBPK can be leveraged widely, the panel recommended that the models be ‘fit for purpose’ to achieve the goal of its intended use and maximize impact. While the panel considered the more rigid approach leveraged by EMA, they recommended a more flexible approach, explaining that if the modeling approach is too concrete you might not achieve the goal or be able to benefit from the ‘learn and confirm’ paradigm. In short, the belief was that the current FDA guidance is flexible enough to maximize benefits.

Q2. What criteria should be used to determine that the model is adequately verified for the intended purpose? When the model needs modification, what considerations should be given to modifying model structure and/or parameter estimates?

A2. The panel acknowledged the difficulty of anticipating future needs due to rapid technological advances and recommended that sponsors provide detail and a rationale around the model used. The concept of providing a timeline of the model, including the ‘learn and confirm’ decision-making steps, was discussed. The model can be used to tell the story of the drug’s development, an especially important factor when that model is used for regulatory approval. Dr. Zineh reminded the panel that the end users of models are generally non-modelers and that explaining model iterations are especially important for NDA filings. 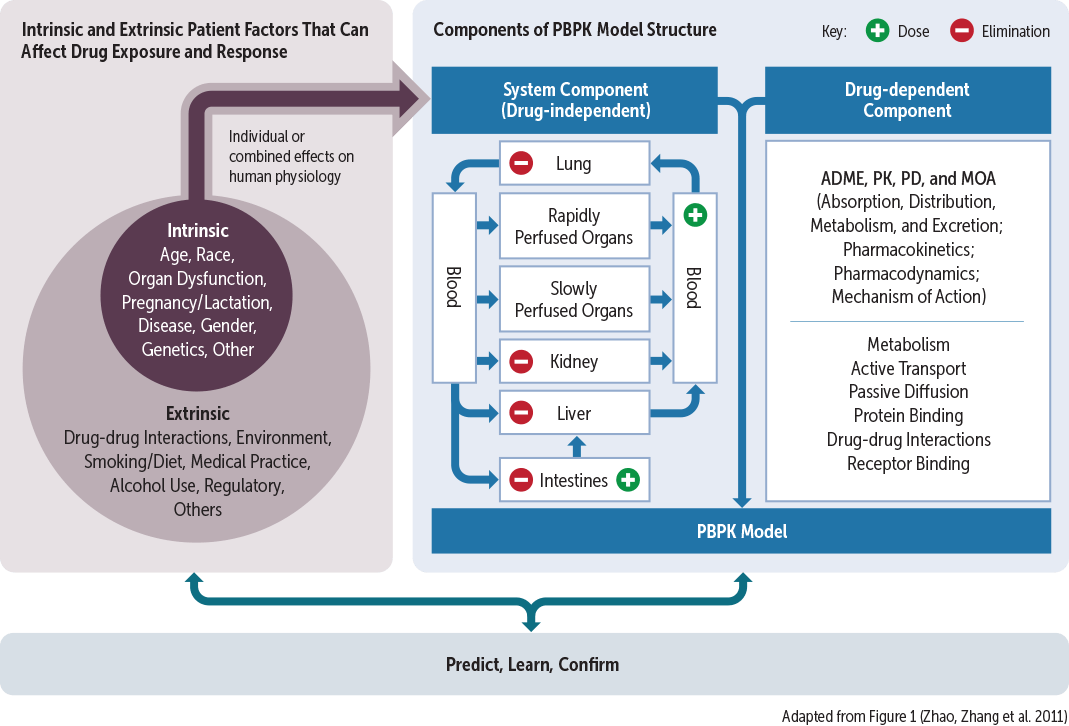 For some examples of using MIDD to predict pharmacokinetics in a special population, please watch this webinar, “Predicting Drug Exposure During Pregnancy Using PBPK Models,” by Dr. David Taft from the Long Island University’s School of Pharmacy.